Comments Off on Ravi & His Team Essex’s Preparations

The Eagles were on a short trip to London on Thursday for a meeting with Surrey at the Kia Oval prior to commencement of Glamorgan on Friday. With just one victory and defeat from the opening 2 matches, Ravi Bopara the all rounder is interested for the Eagles to put a victorious run of form. Bopara said that it’s been a mix of fortunes till now and he is not too happy with the team’s performance when they lost to Sussex Sharks. However, the best part was that they placed their first victory on the board as they defeated Middlesex last week. Bopara was a bit convinced with their recent performance.

Bopara said his main objective of the stage is reached the knockout stages by coming on top of the group. With a few victories and a couple of more will certainly yield positive results. The prime mission is to quality for the next stage. Bopara, who made 38 T20 international appearances feel that the Eagles have a few champions in the bowling attack in form of spinners and they are none other than Adam Zampa and Simon Harmer. Spinners across the country play a vital role in competitions this season and it doesn’t surprise the all-rounder considering the hot weather they have had. In his experience, the big part is played by spinners in T20 and hence the team has a big advantage as they have two top performers. Irrespective of where you play, the spinners are the crucial part of the game and will continue taking wickets.
Read More » Adam ZampaRavi BoparaSimon Harmer.

Trevor Bayliss wants Joe Root to keep an aggressive mind-set going ahead as well despite the result not going his way at Leeds last week. 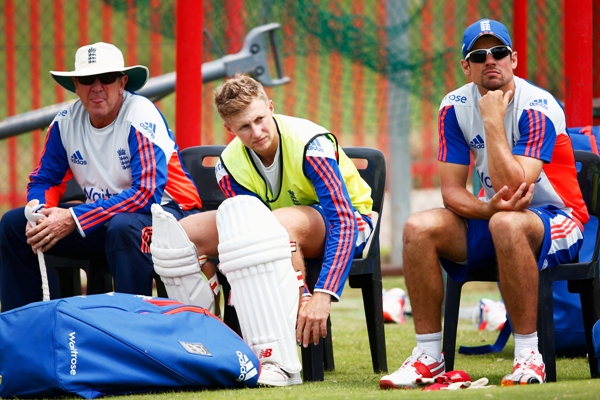 Root put some life into the second test match which was moving towards a draw with his aggressive declaration, but, that cost him at the end as the target that he posted for the touring Caribbean side was successfully hunted down.

However as per Bayliss, Root should not shy away from showing the same mind-set when there is a similar situation next time because with this kind of mind-set, there are more chances of the result being positive than it being negative.

Bayliss also reveals that every player in the squad was on the same page with Root regarding that declaration and they will definitely be with their skipper if he takes such a decision again.    Read More »

BOPARA EXCITED TO FEATURE ALONGSIDE AMIR

Comments Off on BOPARA EXCITED TO FEATURE ALONGSIDE AMIR

Ravi Boparasays he is excited at the chance to feature alongside Pakistan star Mohammed Amir this season. 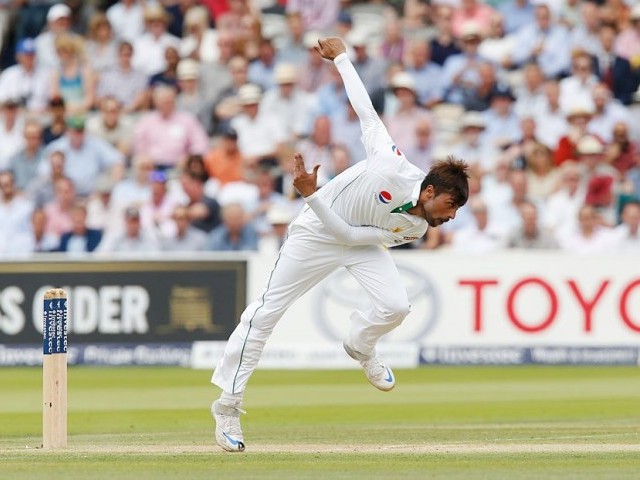 The former England all rounder is expected to pair with Amir at Essex and he feels Amir has the right blend of skills to trouble batsmen.

Bopara called Amir a “world class bowler” and he says there is a lot of excitement to have the player join them.

“It will be great to see him bowl with the red ball and the white ball in English conditions and I am sure he will make life hell for a lot of batsmen. We are all really looking forward to having someone like him at Essex as he is a superstar and a wonderful bowler. It’s not only exciting for the Essex players but it will be great for the fans as well who will show up hopefully in large numbers to see Amir in action,” the player said.Read More » “Smith has become one of the best players in the world. In fact, he is ranked as the best player in the world and is just racking up the runs for fun. So the one thing Stokesy can do for us is make sure he finds a little weakness in Steve Smith’s armoury for us when we go down in Australia,” Root said.Read More »

I’M A GREAT ADMIRER OF THE WEST INDIAN BOYS – SANGAKKARA

Shakib al Hasan, the captain of the Dhaka Dynamites has admitted that he was a great admirers of the Indian Cricket Team.

Shakib had said this after his team came off with a win in the final of the Bangladesh Premier League Twenty20 2016-17 season played on Friday at the Sher-e- Bangla National Stadium in Mirpur, against the Rajshahi Kings.

The captain was delighted at their claiming of the season trophy, and attributed the reason for their success both throughout the whole tournament and in the final, to their ability to cooperate well enough and play together as a team.

Speaking in a post-match press conference on Friday, Shakib had also expressed his gratitude to the coach of the team, Khaled Mahmud, who he believes his presence went a long way to inspire and motivate the team to their final success.

Shakib also did not fail to mention the senior players whom he believed helped them a lot all through the journey to the final game.

The player of the final was given to Sri Lankan legend, Kumar Sangakkara, who praised the team culture, while noting that the entire tournament was one he really enjoyed.Read More »